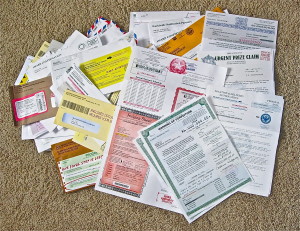 Last night I saw the movie “Nebraska.” It’s a story about Woody Grant, an old man who is convinced that he has won a million dollars in a sweepstakes contest. He doesn’t trust the mail service to handle something as important as his “winning number,” and he no longer has a driver’s license, so he adamantly heads from Billings, Montana, to Lincoln, Nebraska, on foot, to claim his prize. It’s a starkly beautiful movie, in wide-screen black and white, and it hit me right in my heart, in the place where I hold Ed, my client who died last October.

Late in September Ed had called me from a hospital room. It was nine PM, and he’d been admitted that afternoon. He said his left arm wasn’t “working so good any more,” and I guessed he’d had another small stroke. But that wasn’t why he was calling me. He sounded nervous, whispered that he had “something important” to tell me, something he couldn’t say over the phone, and he asked me to come to the hospital first thing in the morning.

Ed was 83, a gentle, genial man, a childless widower living in an adult family home since an auto accident a few years before. Legally I was Ed’s medical and financial advocate, appointed by him in his Durable Powers of Attorney. Mostly he took care of his own decision-making; his mind was sharp and inquiring. He paid his own bills, was well-organized, made his own investment decisions. I couldn’t imagine what was so important now, and so secret, that he couldn’t tell me over the phone.

The next morning at 8:00 I closed the door to his hospital room as he asked, and then he told me he wanted me to check on something for him. He confided that he’d won “a substantial amount of money: $60,000.” He said he’d read all the official papers thoroughly, and “it looks like the real thing.” He’d sent off the forms to claim his winnings. My heart sank as I listened. “Did you have to send any money with the forms?” I asked. “Well yes, $40 for processing my claim.”

“Ed, I’m afraid you’ve just lost $40,” I said. But I agreed to go to the room where he lived, look in the drawer he described, and retrieve the file of the documents that had looked “like the real thing.” Of course the fine print, literally in 6-point type on the back of the “Award Certificate,” revealed the truth: Ed had “won” a minimum of $1, due to be awarded when the “contest” closed and the winning numbers were chosen – three years from then.

Ed was saddened but not surprised by my report; in his heart he knew it was too good to be true. But he had wanted so badly to have won that money because he wanted to leave a bequest to the woman who owned the adult family home. The will he’d written decades earlier named his nephews and nieces as heirs, but he wanted also to remember the woman who had recently been taking such good care of him. Now he felt he didn’t have the strength to rewrite his will, so wouldn’t be able to leave her anything.

Two weeks later Ed had a final, massive stroke; he refused to go to the hospital, and died quietly in his own bed two days after that, attended by the woman he’d hoped to endow with $60,000 worth of gratitude.

In “Nebraska,” Woody wants so much to leave a bequest to his sons that he’s willing to believe a fiction, willing to be humiliated by friends, willing to limp from Billings to Lincoln to cash in on the promise of the “winning number.” Woody, and Ed, had both been scammed by clever, unscrupulous – and, I’ve discovered, relentless – predators.

Since Ed’s death, all of his mail is forwarded to me while I settle his estate. In that five months I have collected over 75 scam letters some of them impressively official-looking (see photo above), all of them promising amazing wealth if the recipient just signs and returns the acceptance document – along with a small processing fee.

It made me too nauseous to read the fine print on every piece of this crap, but I’d bet that all of them, somewhere in that very fine type, tell the TRUTH behind the exclamatory come-ons and the embossed seals and the official signatures of the “judges” who “selected” Ed’s name: the truth that Ed HAS been selected to win at least $1, but only if he complies with the contest rules and sends in his processing fee to receive his prize. These scammers are not liable for prosecution because they have not lied to the victims of their schemes – it’s not their fault if an elder is confused by paragraphs of legalese printed in type too small for anyone over 30 to read and smoke-screened by extravagant flimflam.

Every time I look at that growing pile of creative junk mail my anger rises and my sadness deepens – how many Eds are out there, lonely, coping with disease, wanting to leave a legacy or wanting to pay off debts, or just wanting to “be somebody” before they die? Apparently there are enough “Eds” to make it worth the scammers’ time, effort, and creative talent to keep filling the mailboxes of our elders, telling them “You Have Won $60,000!”

SPIRITUAL COMPOSTING: Letting the margins come to you Whales at a Saltwater Margin
Scroll to top