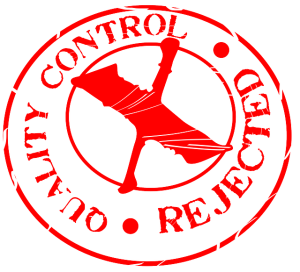 to place beyond the regular bounds; to oust; to reject

the Dictionary according to Cynthia

Yesterday I emailed a friend with my regrets that I couldn’t join her at a workshop she’s attending. I had a commitment to a continuing education day, required to maintain my professional credentials.

In my email I said, “I’ll bet your workshop will be funner than mine!”

My computer, in its computerish way, said, “ ‘Funner” isn’t an acceptable word. Please change it.”

I love having arguments with my computer that I know I can win. It can underscore “funner” (and “computerish”) to its motherboard’s content, and I can override its sensibilities and still use my made-up words.

The French, like my laptop, often take issue with the imprecise way we Americans use our English language. I once told a French hostess that I had been anxious to meet her. She immediately corrected me: “I think you mean you’ve been eager to meet me.” (In fact I was both eager and anxious, but it was best not to explain that to her.)

I, however, prefer to think of playing with words not as frivolous or irresponsible, but as creative, and often instructive. If a made-up word brings a reader up short, that pause is a precious moment through which a smile, some delight, or even a new thought, may enter the world.

My computer doesn’t like it when I use “outside” as a transitive verb.

My computer takes it upon itself to uphold the linguistic rules of our culture. It has a little built-in grammar conscience that says, “Sorry, but that’s incorrect. That’s not the way we speak and think.”

In America we’ve recently become comfortable with using “out” as a verb meaning “to expose.” We talk about “outing” a person, or the person outing themselves, regarding their hidden talents, their unexpected leadership skills, their closeted sexuality. My computer hasn’t caught up with that public acceptance yet. It still points its digital digit at me if I write, “The committee outed his great chairmanship potential.”

But “to outside” is a verb so new that there is as yet no public awareness of this use of the word.

When we outside someone, we move them away from the social center of things and place them at a margin. We outside them beyond the boundary of acceptability, and we make them an “outsider.”

So consider, for a while, our cultural outsiding. [My computer says “outsiding” is outside its acceptability boundaries. So once again I must override it.] Think about outsiding. Think about how often and unthinkingly we do it.

See if, when you hear the word “outside,” you can grasp it as a verb. See if it causes you to wonder, for just a moment, about how our social margins came to be. Who has outsided the people who live in those margins?

Whales at a Saltwater Margin “Holler” Gospel
Scroll to top