Once in a while there are small news items about bizarre highway accidents involving trucks. The ones that pique my imagination might describe a sorghum molasses tanker that crashes into a center guard rail on a freeway, and molasses leaks all over the pavement. The next truck, a grain hauler, skids on the molasses and overturns several tons of wheat into the sticky goo. Hundreds of crows and pigeons nearby are attracted to the grain, get stuck in the molasses, and need to be rescued by animal welfare volunteers. It’s serious business. It’s also quite funny when I give my imagination free rein to wonder how it all unfolds.

Another imagination wondering I have sometimes is when a highway accident involves a postal truck. If the truck catches fire, or the contents get soaked or smooshed or otherwise walloped, what then? Does all that mail just get hauled unceremoniously to the nearest dump?

I think there are US Postal workers – lots of them – whose job it is to see that damaged mail is salvaged and eventually gets to its intended destination, regardless of its condition. I have proof of this from several weeks ago when I received this package: 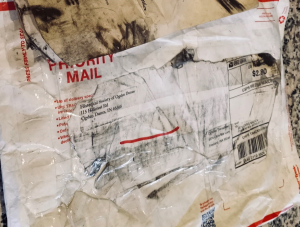 It had been mailed from Indiana five months earlier. At first glance I couldn’t quite wrap my mind around what I was seeing.

When I opened the package, this is how the contents looked: 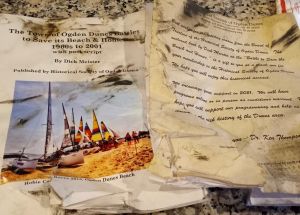 There was no explanation to accompany the contents – just sooty, ragged, acrid-smelling pages of what was once the December 2020 newsletter from the Historical Society of Ogden Dunes (the village where I grew up) and an equally-battered illustrated monograph on the four-decade long effort to preserve the eroding Lake Michigan shoreline of the village.

Somewhere along the highways and byways between Indiana and Washington, this package – and, I assume, the vehicle that carried it – had come to grief. And somewhere, between Indiana and Washington, this package and its companions were hauled to a building where eventually a USPS employee carefully salvaged the delivery address and the return address from the original torn and sooty envelope, taped those to a fresh Priority Mail envelope, inserted the damaged contents, and sent everything on the way to me.

I sort of wish that kind employee had inserted note with a hint as to what the intervening story was. For now I’ll just have to rely on my imagination. But even if I’d gotten such a note, it might not have clarified things entirely, as you will now see . . .

True Story (as first mentioned in my blog post entitled “Gastropods” in August of 2017):

In 1999 I received in the mail a clear plastic envelope from England. It held a Swiss-cheese-looking paper envelope containing an equally-tattered letter from my daughter. The envelope sported a single blue BY AIR MAIL/par avion/ Royal Mail sticker, the only thing that was still perfectly intact. Also enclosed in the plastic envelope was a letter from Mr. Roland D. Phillips, Royal Mail Customer Services Manager. The British decorum of the letter – and its explanation – are worth repeating word for word:

I am sorry to have to report that the enclosed letter is reaching you in a most regrettable condition. Although we go to great lengths to protect our customers’ letters from [here the word dirt is crossed out and the word snails handwritten above it] and the weather while they are moving around the country, we have failed to look after this one properly.

Please accept my apologies. If there is anything further we can do to help, please contact your local Customer Service Centre.

A few years later I would learn that snails actually have thousands of teeth, and that they particularly like paper for an evening snack. This story gives a whole new breadth to the phrase “snail mail,” doesn’t it?

And both of these mail delivery mishaps illustrate the commitment of the USPS, and the Royal Mail, to their creed: “Neither snow nor rain nor heat nor gloom of night [nor highway accidents nor voracious snails] stays these couriers from the swift completion of their appointed rounds.”

Have you thanked your postal carrier recently? 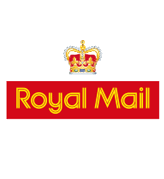 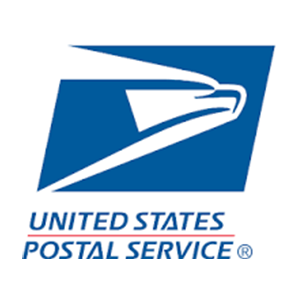 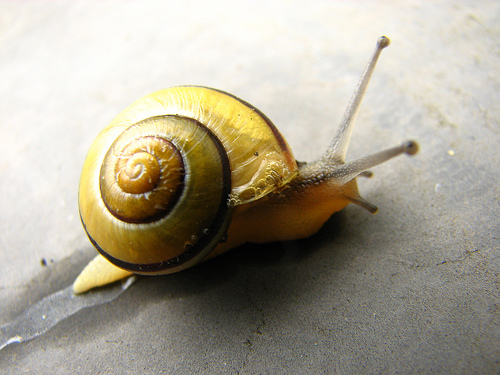