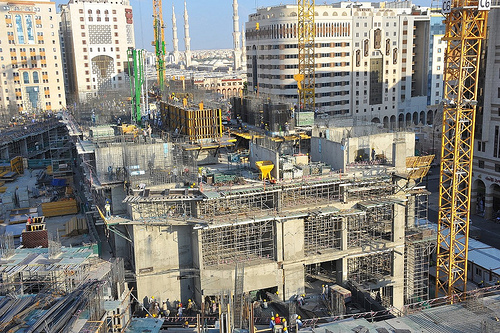 In last month’s post I described sitting in a sixth-floor hotel room watching the construction of a building in downtown Seattle. Three weeks later, I study that same building, but from a different angle. This time I observe from a bed on the fifteenth floor of Seattle’s Virginia Mason Hospital.

My different perspective started with an appointment with my primary care PA to discuss abnormally low (for me) blood pressure readings, and a couple of incidents of near-fainting. She ordered a STAT blood draw that returned critical-level numbers (half the red blood cells one needs to function), and I was hustled to our island hospital’s Emergency Department. There I was transfused with two units of someone else’s blood (thank you, whoever you are). Then I was transported off the island, by ambulance via ferry and freeway, to a hospital with a good reputation for gastroenterology expertise, in search of a suspected internal bleed.

The following seventy-five hours were a necessary physical nightmare. Four days of IV needles, blood draw needles, and prep for endoscopy and colonoscopy, plus CT scan of the small intestine (and the explosive, continuous, unpredictable thirty-six hours of “fallout” from that prep), no food, fragments of sleep, nearly-naked skin, and chilled body.

But, despite my bodily discomforts, I have another angle on the story that I want to share with you. This angle brings me back to the construction workers in that building that I have now studied from a new and different vantage point.

In my post last month I described some of the construction people at their work, but more importantly I described a “bag lady” struggling up the steep sidewalk beside the building. For a few moments in the late afternoon she was immersed in a tide of headed-home construction workers; after they had rushed past her, she was again alone, an old homeless woman stumbling up the hill, lugging her possessions. Did one “hard-hat” stop to talk to her that day? Offer to carry her burden to the top of the hill? I’ll never know.

What I do know is that in the midst of feeling isolated here in the hospital, of being humbled and humiliated by my physical condition, I have also been surrounded by such skilled and compassionate help that I grow tearful just recalling the details. For example:

•Dr. Venu, the gastroenterologist who oversaw the testing procedures, welcomed me back to consciousness, and explained what was done and what we now knew and didn’t know – complete with photographs from inside my guts.

All these people swirled around me like the construction workers who swirled around the old homeless woman three weeks ago – except that THESE workers did stop. They looked me in the eye and they SAW me, they cared for the scared, exhausted ME inside this human body that was doing such undignified things; they cared deeply for me while trying to discover what would lead to my healing. 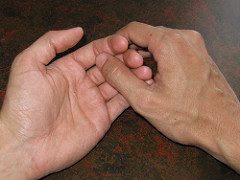