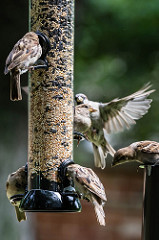 Three Words On Solo Retreats and Opercula
Scroll to top