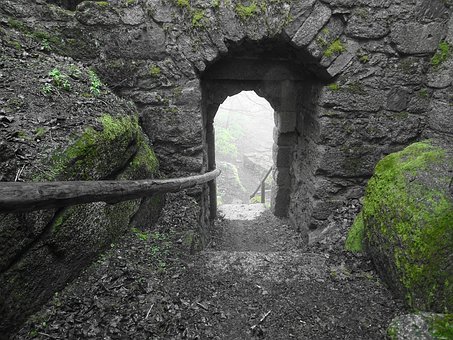 A stoic does not express emotion. A stoic family is mostly expressionless.

I was reared in a stoic household: Germanic (on Mom’s side – she referred back only as far as “Pennsylvania Dutch,” because she liked their folk art) and Welsh (on Dad’s side – traced back to the 15th century and Sir Rhys ap Thomas, Knight of the Garter and Governor of Wales who hosted jousting tournaments at his Carew Castle. I was pleased to discover, as an adult visiting Wales, that Sir Rhys’s armor was not all as shiny as I’d been led to believe!)

When I was a child, not only was I not versed in the language of emotions, but also it was clear that I should not feel emotions at all. Nor, my parents hoped, would I ever express them, because Mom and Dad would not know what to do with loose emotions flitting around in our home like bats that had snuck in through tiny chinks in our walls.

It took decades for me to feel safe with emotions, and years more to identify and name them.

This past winter I experienced for the first time a prolonged depression, and I gained a huge compassion for people who often feel depressed. The emotion matched the weather, as if layers of gray, leaden clouds pressed down on the daylight, on the land, on my body, on my energy, on my eyelids. Some days the only thing I wanted to do was to hide under a quilt and sleep. What helped me the most was just being-with: allowing myself to feel what I was feeling, and not fighting it. I allowed myself to have compassion for me, and to accept the compassion of friends who checked in on me and who made sure that occasionally I got out from under my quilt even if I didn’t think I wanted to. Like the gray clouds, thankfully the depression has finally moved on by.

Though it is not depression, in the past months I have felt a lot of sadness, and have come to understand that most of it is not “mine.” Several friends recently have lost spouses and friends and beloved pets. Though I do not feel sad in myself for these losses, my friends’ sadnesses have come to visit me. I can name the feeling as “sad” and “grief,” and I have invited those others’ feelings to come in and stay a while with me. I believe that my holding them temporarily may lessen their impact on my friends. And I’m pleased to notice that I can tell the difference between emotions that are “mine” and ones that are “theirs.”

But in the last few weeks I’ve felt . . . something . . . that is probably an emotion, but I have no name for it. It’s been appearing several times a day recently. I’m definitely feeling it, because I’m no longer the stoic I was raised to be; emotions of all sorts are allowed in my life.

And, being a poet, I’m searching for a name for what I’m feeling, or at least a metaphor or a simile that will help me understand it.

This feeling is both poignant and sweet.

It is like the aroma of an evening’s dinner, still alluring at the far corner of the house long after the meal is finished and I am full.

It is a sensuous, musical feeling, like when a dissonant chord is held so long it becomes foreplay, and its resolution portends orgasm.

It is like the afterglow from a vanished dream.

It is like Midwestern air just before a thunderstorm trips and falls into a million wet pieces.

This feeling is like a crocus risking February with both fear and elation.

This feeling that I can’t yet name seems to be located not so much in my gut, where the heavier emotions live, but nearer my heart because there is lightness and joy in it as well as mystery. All I know to do is simply feel it, to be-with it just as I was with depression. While I seek its name I will smile or weep, stomp or twirl, maybe share a cup of tea with the feeling, and perhaps a square of dark chocolate with almonds.

Whatever this emotion is, I’m quite certain it contains something wonderful for me. Maybe it holds a wise insight. It might reveal ecstasy, if I stay with it long enough. What a very un-stoic thought!

At the very least, even if I never can name it, maybe this mystery emotion contains the seeds of a brand new poem. 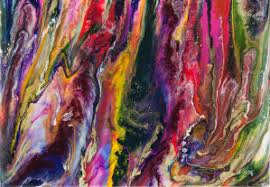 A Poet's Field Notes from the Interior
ANATOMY OF A ROPE
Poetry on my Mind
Enchanted by Words Beyond My Ken
The Muse, the Thesaurus, and Me
When a Friend Dies
16 replies

A Most Memorable Meal “Statues”
Scroll to top